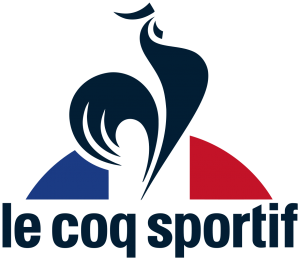 Le Coq Sportif is an iconic sportswear brand that has far reaching appeal and influence through a variety of sports worldwide. Worn by legendary sporting heroes and teams throughout the last 100 years or so, Le Coq Sportif has been at the forefront of sportswear design. 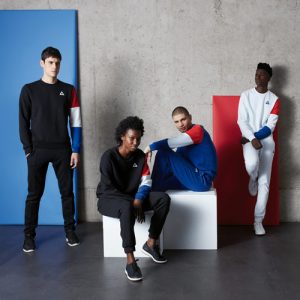 Now in its second season in our store, LCS has slowly drawn in new customers.  Drawn in by a logo they recognise but don’t entirely know. Impressed by the simple, bold design and quality handle of each LCS piece. They’re looking for a sportswear brand that offers something that’s slightly more niche than the usual big two sportswear brands that currently dominant the market (We won’t mention them but you know who they are…). Here’s a lowdown about the brand.

Established in 1882 by Emile Camuset in his small hosiery store in Romilly-sur-Seine, France, Le Coq Sportif has grown over the last 130 years into a prestigious sportswear brand. A fierce sportsman, Camuset designed sports jerseys from his workshop. Little would he imagine that his passion would influence firstly cycling – with the first custom designed cycling jersey, then later football, boxing, basketball and tennis. With the famous Rooster insignia first appearing in 1948, a symbol of french national identity, the brand exploded worldwide. 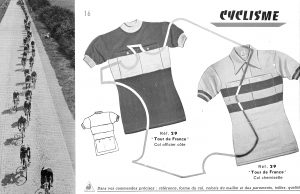 Looking through its history, (and being football fanatics here in the store), its amazing to see where LCS has sat through iconic moments in both English and world football. From Spurs’ memorable FA Cup win against Man City at Wembley in 1981, Villa being crowned European champions in 1982 and both Italy’s world cup triumph in ’82 and Argentina in 1986. LCS has always been there. On our TV screens, newspaper clippings and Panini sticker books. It is part of our sporting psyche. 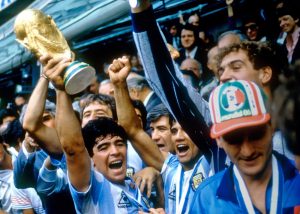 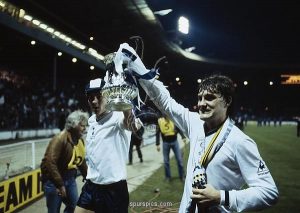 Posted in Uncategorised and tagged le coq sportif.
Share
←  NewerKrondstat-from the gutter to the globe
Older  →Fila Blackline For Summer 2017